We are increasing food production, whilst expecting ever cheaper food. Intensive farming is causing alarming rates of soil erosion and climate change. Ed Revill’s workshop on Biochar and soil building aims to understand and explore a path back to living within the Earth’s capacity to support life.

What causes carbon to be locked into soil (making it rich), or released as CO2 (thereby degrading soil)?

The Soil C workshop will include: Full Cycle Biochar – charcoal which is made with the intention of adding it to the soil. – growing the coppice (agroforestry) and capturing and using the heat from Biochar production. Pyrolisis stove principles, playing with fire and making sourdough bread. Modelling different landscapes for soil C building. Plus the Soil Carbon Keys game.

Ed is a smallholder who has been running workshops on soil Carbon regularly for many years. He makes his living primarily from producing crops grown in ways which build soil whilst reversing climate change. 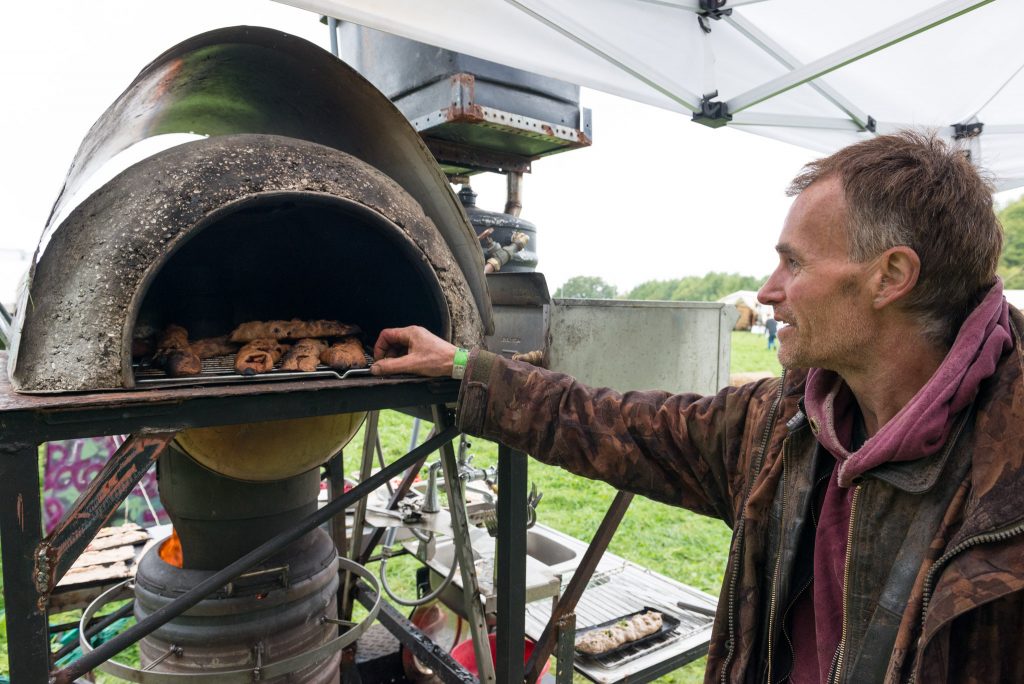 Western consumer cultures can not get back on the rails without adopting changes in the ways we interact with plants and with soil.

Ed will also be running simple, no-kneed sourdough bread workshops. He will be using his charcoal producing stove system. Around 70% of the heat produced by burning a piece of wood is from the wood gases and the remaining 30% is in the charcoal. Traditional charcoal production usually releases the wood gases as smoke pollution. More recently, many retorts burn the gases to provide heat for char production. A more efficient approach is to use the heat from burning the gases both to feed back into the production and to produce domestic heat.

Ed’s oven produces all the hot water for washing up at our events. It can also be used to cook pizza!

Here is a link to a WWoof article on Ed: wwoof.org.uk/biochar-pioneer-ed-revill.